In the face of the law, there is no ignorance, once you commit an offence, you get the result immediately. 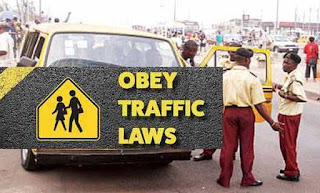 The Lagos Traffic Law regime is designed to protect law-abiding road users. It is also designed to ensure that those who flout any of its stipulations are made to face the consequences of their action so that they can be reformed and join the law-abiding group.

Traffic offences are called Strict Liability Offences: you do the offence, you pay the consequence.

However, the traffic management regime is not designed to empower officials of any agency of the State to molest, intimidate, extort or make a lawbreaker out of any Lagos resident/stakeholder through the demanding and giving of bribes so as to avoid unsavoury situations.

These are the full list of the Lagos Traffic Offences and Penalties. 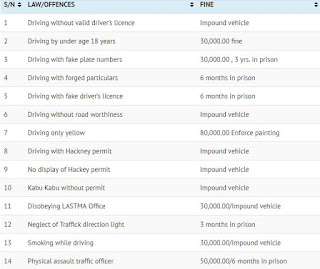