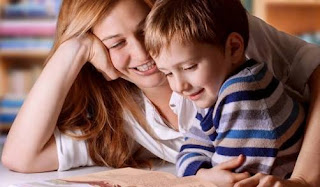 We want them to be perfect or at least strive towards perfection and be outstanding so we can at all Times be proud and overwhelmed with happiness, but this isn't always so, like I said earlier they may bring dissatisfaction and sometimes make you feel your efforts are invalid.

Well, in this article I got from NNU this morning, there are 5 solid tips in this article that'll help you handle your children carefully and avoid killing their spirit. So here it goes and I made some changes and additions to suit all kinds of readers, so enjoy.

5 DISCIPLINARY MISTAKES PARENTS SHOULD AVOID WHEN DEALING WITH CHILDREN.

1. GETTING ENRAGED WHEN DISCIPLINING THEM.

First, it directs your child’s attention away from his mistake and causes him to focus on your wrath, instead.
The object of discipline is to guide your child toward proper behavior for both the short term as well as long term.

If your child is more worried about how you will react in your anger rather than what he did that was wrong, he is unlikely to benefit from you counsel or choice of discipline.

Rather, he will become irritated himself and resentful. This doesn’t mean the child won’t comply in the short term. To the contrary, many children respond to an angry parent.

What it does mean is that the lesson you are trying to teach may not sink in. It might even get lost completely depending on the extent of the anger shown.

When disciplining, you want your child to behave not only immediately, but even when you’re not around, as well. Responding to your child’s misbehavior with shouting and aggression does not help him learn to self-manage his behavior. It merely teaches him how to respond to you when you’re angry.

The second problem with expressing anger when correcting your child is that it provides the opportunity to be excessive when punishing. This can lead to abusing your child.

Often times when a parent is angry, she vents the anger onto her child. She does this by using hurtful words or by correcting with excessive and harsh smacking. To effectively discipline your child, try your best to avoid correcting them when angry.

One of the least effective ways of achieving compliance from your child is by comparing him to his brother or sister.


“David always does his homework, why don’t you ever do yours, Samuel?”


The problem with comparing your children is that rather than causing the child to want to comply, it makes him resentful of the other child and you. Sibling rivalry is common between children.

There are many factors which contribute to such quarrelsome behavior. Comparing children to one another can accelerate disagreements between siblings, which only contributes to additional discipline problems in the household.

Instead of comparing children, a better method would be to reward and complement the child when he performs as desired. This is more likely to cause the child to repeat the desirable behavior.

Personally In my life, this method failed woefully for my parent as at a point. I actually learned from what I see than from what I was told so I almost ended up quarreling with a parent, you see me using parent because I was raised by a single parent and they were separated so at almost every point in my life I had been around just a parent.

Parents show understand that Demanding of your children what you do not do yourself is bound to result in failure.

Parents are their children’s first role models. Even older children, who model after their peers, continue to look up to their parents for exemplar behavior. “If Mom isn’t making Fajr regularly, why does she expect me to make salat on time?” your child might ponder.

Being a parent is an enormous responsibility. An important part of parenting is being the type of person that you encourage your child to become.

Of course no parent is flawless. And this is OK. In fact, periods of failure can be a learning experience for your child. Let your child see you take responsibility for your errors—apologize to others in your family when you know you’ve treated them improperly. This will give your child an example of the proper way to correct his mistakes with family and friends.

4. NOT RESPECTING YOUR CHILD

As Christians, Muslims or even based on moral standards, we have an engrained understanding that children should obey their parents. However let's not be one sided because even the parents  has been instructed to be kind to their own children. The bible says "Provoke not your children to anger"

A child who is not respectful to his parents is certainly behaving in a way that is contrary to his or her religion and also normal moral standards of life.


(Muslim) The Prophet (Sallallaahu Alaihi WaSalaam) has said: ”He is not of us who does not have mercy on young children, nor honor the elderly.”


When interacting with our children and even when correcting them, we should remember to be gentle and kind with them.

People are more inclined to pleasing those they have a positive relationship with. Speaking in a calm, respectful tone to your child does not convey a sign of weakness. To the contrary, it let’s them know that you are indeed in control—not only of the situation but also your emotions.

Often, when we catch our child misbehaving, we wonder why he’s acting in such an unpleasant way.
We must remember that none of us is perfect. We aren’t, and neither are our children.

It can be helpful to remember that we want Allah Ta’ala to be merciful and patient with us when we make mistakes. We should try to enact these same virtues when managing our children.

When we accept the fact that our children will err and disappoint us at times, this helps us accept them as fallible humans and not view them as simply bad children. We are here to guide our children to be God fearing, but they have their own mind, desires, and temperament–it’s not easy to avoid sneaking into the cookie jar for one more of Mom’s delicious chocolate chip cookies.

Patience should be our motto when disciplining our children. This will help us accept those disappointing times when our children don’t live up to our expectations. It will also help us become a more superior parent to help us avoid the 5 common discipline mistakes parents make.

Hope this tips were of great help? Let us discuss.