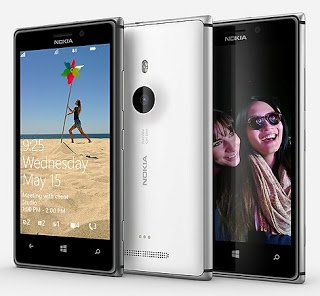 Nokia Lumia 925 is like the Lumia 920 in every way except that the polycarbonate shell has been replaced with thinner and lighter aluminium shell. This makes Lumia 925 slimmer, measuring 8.5 mm compared to Lumia 920’s 10.7 mm. Nokia Lumia 925 is also more than 45g lighter. 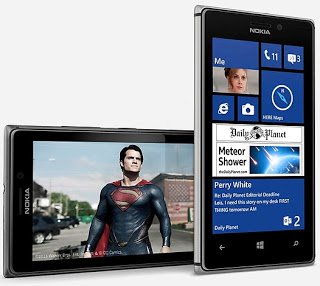 Nokia Lumia 925 features a similar looking display as the Lumia 920. However, the 4.5-inch display has been upgraded from an IPS to AMOLED display. It is still a PureMotion HD + super-sensitive and responsive touch display with good sunlight view. The display offers a brilliant view with a resolution of 1280 x 768 pixels.

The camera on the Nokia Lumia 925 is largely unchanged. It is still an 8.7 megapixels Pureview camera with full HD video recording. However, there have been some minor hardware and software improvements.