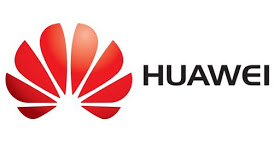 I hail Huawei to the patent wars. It will require the majority of its assets, as Samsung is a veteran in the combat zone of patent-related suits.