In Nigeria, a confraternity is a group that is nominally university-based, though ‘street and creek’ confraternities began in the 1990s. The first confraternity, the Pyrates Confraternity was created as a social organization for promising students. 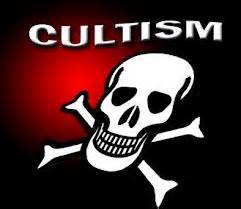 However, as new confraternities were formed, they became increasingly violent through the 1970s and 1980s. By the 1990s, many confraternities largely operated as criminal gangs, called “campus cults” in Nigeria.

Besides normal criminal activity, confraternities have been linked to political violence, as well as the conflict in the Niger Delta Region.

In no particular order, here are the “Top Confraternities in Nigeria and their History”

According to the Pyrates, the “Magnificent Seven”, as they called themselves, observed that the university was populated with wealthy students associated with the colonial powers and a few poorer students striving in manner and dress to be accepted by the more advantaged students, while social life was dictated by tribal affiliation.

Soyinka would later note that the Pyrates wanted to differentiate themselves from “stodgy establishment and its pretentious products in a new educational institution different from a culture of hypocritical and affluent middleclass, different from alienated colonial aristocrats”. The organization also known as the National Association of Seadogs (NAS) adopted the motto “Against all conventions”, the skull
and crossbones as their logo, while members adopted confraternity names such as “Cap’n Blood” and “Long John Silver”. When fellow students protested a proposal to build a railroad across the road leading to the university, fearing that easier transportation would make the university less exclusive, the Pyrates successfully ridiculed the argument as elitist.

Roughly analogous to the fraternities and sororities of North America, the Pyrates Confraternity proved popular among students, even after the original members moved on. Membership was open to any promising male student, regardless of tribe or race, but selection was stringent and most applicants were denied. For almost 20 years, the Pyrates were the only confraternity on Nigerian campuses. 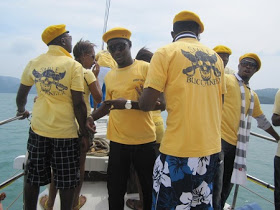 In 1972, Bolaji Crew (Code-named “Late Ahoy Rica Ricardo”) and others were expelled from the Pyrates for failing to meet expected standards. Carew went on to found the Buccaneers Confraternity (also called the National Associations of Sea Lords), largely copying the Seadogs’ structure, symbols and ceremonies. A major
impetus for the creation of new confraternities was the fact that members of the new groups simply did not meet the high academic and intellectual standards set by the Seadogs, and thus considered the original organization to be elitist.. Different notorious cult groups had emerging without check from the concerned authority, unleashing terror on humanity and posterity.

Some beliefs and sayings:
- No prize no pay
- No brothers in the wood
- No laughing on board
- Blood for blood
- Let the devil that lead you guide you
- They have other sayings, which are basically thereby to make new members feel they made the right choice in belonging to a fraternity with such high code of conduct and discipline. 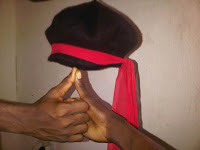 The Supreme Vikings Confraternity (National Association of Adventurers or, alternately, De Norsemen Club of Nigeria) was formed by three young men 1982 who were former members of the Buccaneers at the University of Port Harcourt.

Beliefs and saying:
- Blood on the high sea
- Singing songs of  Hojas
- Never to hang a leg
- Even in the face of death.

Members are referred to as:  Aro-mates, Adventurers, Vultures, e.t.c. 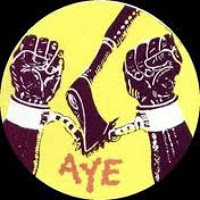