As indicated by a late report discharged by NCC, It said that the quantity of users that browse the web in January was put at 95.94 million; yet decreased to 93.75 million in the month of February. 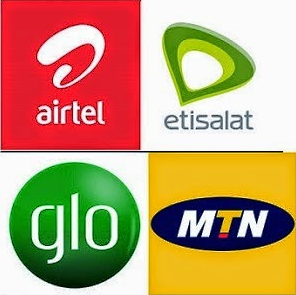 The data uncovered those web clients on both the GSM and the Code Division Multiple Access (CDMA) networks decreased by 2,194,162

The data demonstrated that of the 93.75 million web clients in February, 93.6 million were on GSM networks, while 150,125 clients were on the CDMA.

Of the 93.6 million web clients on the GSM networks in the month under survey, MTN Nigeria had 35.6 million clients using the web on its network.

MTN had a decrease of 2.6 million internet subscribers in February, after it recorded 38.21 million users in the month of January.

Globacom had 25.68 million customers surfing the net in February, as the number increased by 248,593 from the January’s record of 25.43 million.

Airtel Nigeria, had 17 million internet users in the month of February, as against 16.85 million customers recorded in January.

It said that Internet users on the Airtel Nigeria network increased by 224,037 in February.

Etisalat had 15.23 million internet users in February, against the 15.28 million in January, hence, reducing by 52,251 in the month under review.

Now, i wanna ask, is there anyone here on this blog that dumped Mtn NG or Etisalat NG?

Lets hear your reason(s) via the comment box below.