No matter how unhygienic a woman’s ‘body’ is, I don’t think it can cause this type of damage.
But according to MTO, it did. The guy’s tongue allegedly began to fall apart a few days after he ate a woman down there. See the photo after the cut… 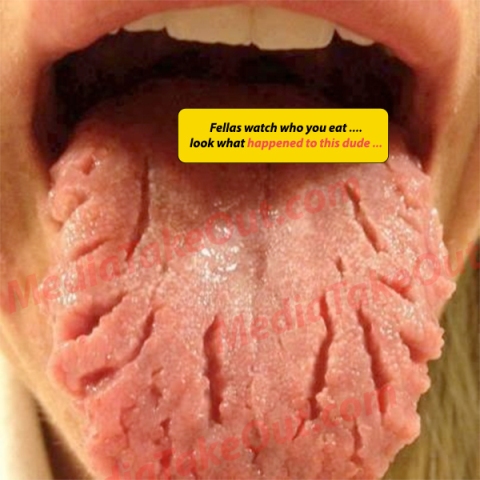 Ok, lets see if we can get a scientific explanation… The VAG!NA is a home for several bacterias, lets concentrate on acidic ones like the LACTOBACCILLUS ACIDOPHILIS and others, Maybe his tongue actually had a  not so mutual relationship with one of those, but nevertheless... i believe the report is a lie sha.

What do you think..?