47 years after AIDS has killed tens of thousands of people, a top doctor pointedly fingered for creating HIV in the early 1970s, Robert Gallo has come out now saying he has discovered the vaccine.
Dr. Robert Gallo, this week described his breakthrough vaccine as “just another protein” but different than anything that has
been tried before. 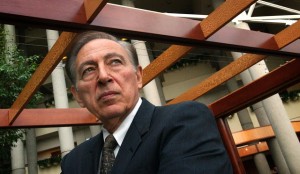 He also exuberantly labelled it “the beginning of the beginnings”.
Gallo was exposed in a previous ZimEye article after having been confronted on live video for his alleged role in embarking
on biological warfare intended to wipe out black people as well as gay men in the 1970s.
This time Gallo has announced he is beginning the first human trials of his suddenly discovered HIV vaccine.
It’s designed to induce a new kind of antibody to target infection right at the start, since the AIDS virus integrates within
one day into human genes, and it becomes part of DNA in 24-36 hours.
Hope this one works oh, Human volunteers and subjects will be used to test out this new vaccine...
I personally pray this works! God help us all.