Selfie sticks are, depending on who you talk to, either a useful invention well on its way to ubiquity, or an annoying fad that needs to be stopped.
The gadgets have been banned from places like Apple
meetings and theme parks, but continue to proliferate
on street corners and in Best Buys, throughout the
United States and the rest of the world.
Someone is making money off these things, but the
question is, who?
One person for sure is Wayne Fromm, a Canadian
inventor who considers himself the father of the
modern selfie stick. The selfie stick’s genesis is
shrouded in conflicting lore, but even Fromm admits he
wasn’t the first one to come up with an idea of a
camera on a stick. That person, possibly, is Hiroshi
Ueda, a engineer for the camera company Minolta who
experimented with an early selfie design as far back as
the 1980s. But we can't be completely certain.
Fromm’s claim to being the father of the selfie stick
doesn’t rest on being first, but being the one who
envisioned the entire scope of the selfie stick. Ueda’s
selfie stick was a flop for Minolta in the 80s. “It was meant to be attached to one particular type of camera,”
Fromm tells Business Insider.
“Mine would attach to any camera, or any cellphone.”
And he wanted a selfie stick the could not only hold
anything, but could go anywhere. “The original selfie
stick was more complex than the ones you see now,”
Fromm says. “It had to survive the Arctic. I ran over it
with an old Canadian tractor from 1959 with 1,000
pound tires.”
Fromm filed what seems to be the earliest U.S. patent
for a selfie stick in 2005, after years of tinkering with
things like umbrella technology. It was titled, an
“ Apparatus for supporting a camera and method for
using the apparatus .” Then he brought it to
market. Fromm’s version of the selfie stick is called the
Quik Pod, and he’s been selling it in one form or
another since 2006.
But pretty soon after Fromm began producing Quik
Pods, he noticed a problem.
He would type his brand name into Alibaba, the
“Chinese Amazon,” and be confronted with a sea of
knockoffs. And as the selfie craze reached a fever pitch,
he began to see them not only in China, but in places
like his local Walgreens. He’s even seen knockoffs in
the U.S. with promotional photos of his own daughter
slapped on them.
In the face of this onslaught of knockoffs, there wasn’t
much that Fromm could do. The concept, he realized,
wasn’t something he could protect. In fact, even if he
could, was it really his right? He hadn’t invented the
idea of a camera on a stick — what he’d invented, was
the Quik Pod.
So Fromm doubled down on quality and the high end
market. His designs were originally meant to hold up to
28 pounds of DSLR camera, and not shake if you
jumped out of an airplane with it. He marketed to
GoPro, to the emerging product class of “action
cameras.” And it worked.
Fromm has sold over a million units of his Quik Pods to
date.
“My sales have been strong in that industry for a long
time,” Fromm says. We are in Best Buy and Target. We
are in 42 countries.”
And what about the knockoffs? “They’ve overproduced
in north China,” Fromm says. “I have my sources.
Buyers for the major chains, they don’t want this.
They’ll carry them, but it’s not a money maker for
anybody.”
He doesn’t want any part of it. He found his niche.
Source: Business insider
See early design and fromm's experiment including other photos taken with the selfie stick. 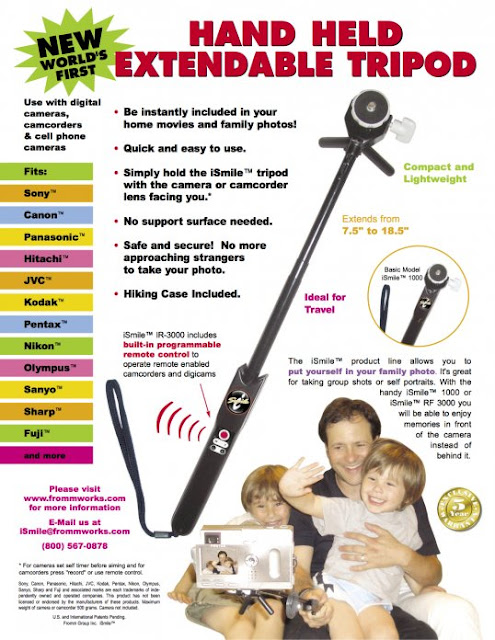 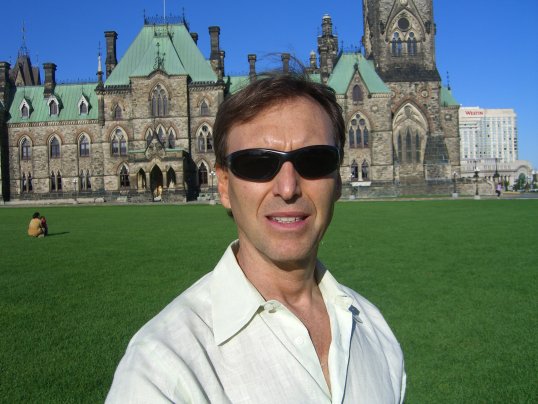